Inga
Inga
Add to My Workouts (0)

Two years ago I was 50 years old. I was overweight, depressed and tired all the time.  Life didn’t feel very good even though I had a good job and good friends. I was on my way back from the shop and just about to jump into the car to drive to Cardiff when I experienced pain between my shoulder blades which quickly became much much worse. I got in the front door and broke into a cold sweat.  I ran to the french doors, opened them and was sick in my back garden. By that time, the pain had moved to my chest.  I had no strength in my arms.  I felt as if I had been electrocuted and the electric charge was pumping down both arms. I started having problems catching my breath and felt the panic building and a sense of impending doom.  I asked my cleaner to call an ambulance. I believed I was having a heart attack.

From that time, things moved quickly.  The first responder was there within 5 minutes and I was given an intravenous drip and all sorts of drugs were being fed into that drip. Nothing helped the pain despite the paramedic giving me the maximum dose of painkillers she could give.  The ambulance arrived and I was rushed to hospital with sirens and blue lights. I vaguely remember wondering what all the commotion was about. I then arrived in Resus at the Heath Hospital in Cardiff and was taken straight to the angiogram suite where a stent was implanted into my right coronary artery. It was totally blocked.

I was hooked up to a monitor, blood pressure cuff and a drip.  I had some sort of device around my wrist where the angiogram had entered my artery.  When the effects of the drugs had worn off, I felt so much better.  I was told that I had had a stent put in my right coronary artery.

After I was discharged I felt quite euphoric.  I was alive!  A few days later my mood dipped and I became depressed and felt extremely vulnerable. I was visited by the cardiac nurse who advised me about Cardiac Rehabilitation which was available on the NHS.

Cardiac Rehab at Llandough was amazing.  I felt like I had a support network.  I was taught about what happened to my heart, the risk factors and how to reduce them.  The most valuable was the exercise.  I was quite frightened that exercise would bring on another heart attack.  The cardiac rehab staff were there with me every step of the way and taught me what was permitted and what was too much and how to tell the difference.  My confidence increased in leaps and bounds.

My next challenge was facing the end of the Cardiac Rehab Programme.  How would I fare on my own? I was quite confident when I was in the group sessions but exercising on my own brought a fresh wave of anxiety.  This is when the physiotherapist told me about Will Teague from Healthy Hearts Academy.

Will could provide further support after the sessions ended.  I got in touch and he started accompanying me to our gym (at my place of work).  He created a programme for me which I felt was manageable.  He made sure he checked my vitals before during and after exercise.  I felt confident then that nothing bad would happen. Every so often, Will would change the programme to increase the challenge and to prevent the exercise becoming boring and repetitive.  I started to experience a return of strength and fitness.  I had so much more energy.

I have kept seeing Will even though technically speaking, I no longer need him.  The reason for this is that I enjoy the sessions and knowing Will is travelling to my place of work means I have to stop work and concentrate on myself.  (I have the tendency to work too much and put off exercise for this reason).  So he helps with discipline too.

I thoroughly recommend him. 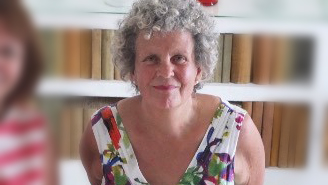 My cardiac journey began with an admission to hospital with a clot on the lung. Investigations showed that I also had...

END_OF_DOCUMENT_TOKEN_TO_BE_REPLACED

I’m Neil and I joined Will’s classes in March 2019 following my initial rehab course at Llandough Hospital. Without...